Bob Marley, the Jamaican singer-song-writing and music legend. Bob Marley, if he really needs to be introduced, was the lead singer, songwriter and guitarist for the ska, rocksteady and reggae bands The Wailers (1964–1974) and Bob Marley & The Wailers (1974–1981). Bob Marley remains the most widely known and revered performer of reggae music, and is credited for helping spread both Jamaican music and the Rastafari movement to a worldwide audience.

As his website reports, Bob Marley was and arguably still is a hero figure, in the classic mythological sense. His departure from this planet came at a point when his vision of One World, One Love — inspired by his belief in Rastafari — was beginning to be heard and felt. The last Bob Marley and the Wailers tour in 1980 attracted the largest audiences at that time for any musical act in Europe.

The tiny Third World country of Jamaica has produced an artist who has transcended all categories, classes, and creeds through a combination of innate modesty and profound wisdom. Bob Marley, the Natural Mystic, may yet prove to be the most significant musical artist of the twentieth century.

Bob Marley gave the world brilliant and evocative music; his work stretched across nearly two decades and yet still remains timeless and universal. Bob Marley & the Wailers worked their way into the very fabric of our lives.

“He’s taken his place alongside James Brown and Sly Stone as a pervasive influence on r&b”, says the American critic Timothy White, author of the acclaimed Bob Marley biography CATCH A FIRE: THE LIFE OF BOB MARLEY. “His music was pure rock, in the sense that it was a public expression of a private truth.”

Bob’s story is that of an archetype, which is why it continues to have such a powerful and ever-growing resonance: it embodies political repression, metaphysical and artistic insights, gangland warfare and various periods of mystical wilderness. And his audience continues to widen: to westerners Bob’s apocalyptic truths prove inspirational and life-changing; in the Third World his impact goes much further. Not just among Jamaicans, but also the Hopi Indians of New Mexico and the Maoris of New Zealand, in Indonesia and India, and especially in those parts of Africa from wihch slaves were plucked and taken to the New World…

With 15 studio albums, 4 live albums, 9 compilation albums, 27 singles just in terms of discography, Marley’s legacy is a treasure from which musicians all over the world can find inspiration.

“The reservoir of music he has left behind is like an encyclopedia,” says Judy Mowatt of the I-Threes. “When you need to refer to a certain situation or crisis, there will always be 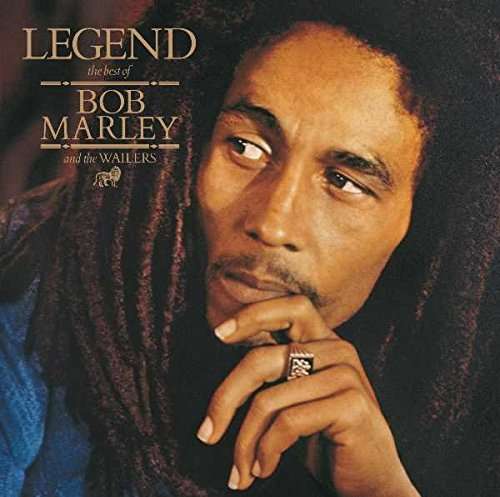 a Bob Marley song that will relate to it. Bob was a musical prophet.” Renowned Bob Marley hits include “Redemption song” (one of my top 10 songs) “I Shot the Sheriff”, “No Woman, No Cry”, “Could You Be Loved”, “Stir It Up”, “Jamming”, “One Love” and, together with The Wailers, “Three Little Birds”, as well as the posthumous releases “Buffalo Soldier” and “Iron Lion Zion”. The compilation album, Legend (1984), released three years after his death, is reggae’s best-selling album, being 10 times Platinum (Diamond) in the U.S., and selling 20 million copies worldwide.

Click on the album cover on the left to buy it from amazon. 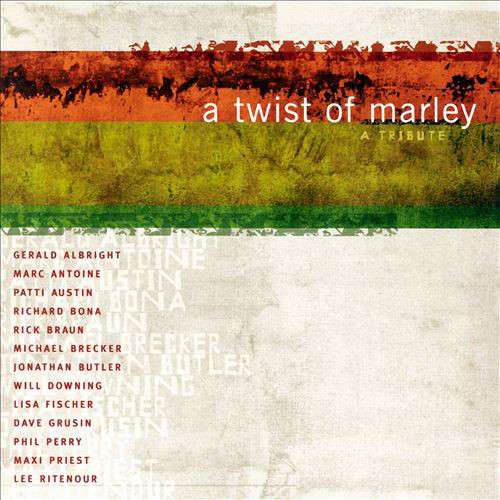 Marley hits have been widely interpreted in Jamaica itself and worldwide, sung in their original genres, or in more diverse ones including rock and even opera. Some examples include Eric Clapton’s and Maxi Priest’s interpretations of “I shot the sheriff”; “No Woman, No Cry” which I recently heard being performed on the latest album of the Welsh mezzo soprano and one of UK treasures, Katherine Jenkins; Sean Paul remixing Three little birds for the needs of the animated movie A Shark’s tale. Just try to type any of the well known songs listed above in Amazon and you will understand why I cannot possibly list even a tenth of them and the list is notably still growing.

One complete cover albums is “A Twist of Marley” and features among others an interpretation of Redemption song by Richard Bona, the Cameroonian singer.

Click on the cover image on the right to buy the album on Amazon.

Marley died of illness at the age of 36 after fighting with cancer for eight months. A month before his death in 1981, he was awarded the Jamaican Order of Merit. On Thursday May 21, 1981, the Hon. Robert Nesta Marley O.M. was given an official funeral by the people of Jamaica. Following the service – attended by both the Prime Minister and the Leader of the Opposition – Marley’s body was taken to his birthplace at Nine Mile, on the north of the island, where it now rests in a mausoleum. In 1994 Marley was inducted into the Rock and Roll Hall of Fame, and in 1999 Time magazine chose Bob Marley & The Wailers’ Exodus as the greatest album of the 20th century. In 2001, he was posthumously awarded the Grammy Lifetime Achievement Award, and a feature-length documentary about his life, Rebel Music, won various awards at the Grammys.

It seems that in February 2008, director Marttyin Scorcese announced his intention to produce a documentary movie on Marley. The film was set to be released on February 6, 2010, on what would have been Marley’s 65th birthday. Recently, however, Scorsese dropped out due to scheduling problems. He is being replaced by Jonathan Demme.

In March 2008, The Weinstein Company announced its plans to produce a biopic of Bob Marley, based on the book No Woman No Cry: My Life With Bob Marley by Rita Marley. Rudy Langlais will produce the script by Lizzie Borden and Rita Marley will be executive producer.

Although Bob Marley died at 36, we can celebrate the fact that his legend has conquered the years.

Extracted from and more information on http://bobmarley.com/