The Life and Legacy of Dr. Frances Cress Welsing 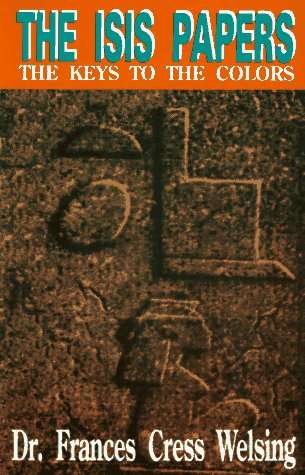 Dr. Frances Cress Welsing, the Black author, activist and psychiatrist whose 1991 work The Isis Papers: The Keys to the Colors, introduced the world to the “melanin theory” and the “neuroses” of white supremacy, transitioned and became an ancestor. She was 80 years old.

She was born March 18, 1935, in Chicago. Both her father and grandfather were medical doctors, and her mother was a teacher. She earned her Bachelor’s degree from Antioch College and her M.D. from the Howard University College of Medicine.

Dr. Welsing argued that White people developed an aggressive manifestation to dominate society due to a biological mutation. Her research, while controversial, focused on White racism while offering the theory of Black superiority based on heightened levels of melanin.

She published the Cress Theory of Color-Confrontation in 1974 while working at Howard University. According to Dr. Welsing, the work caused such a stir that her tenure at the university was not renewed in 1975.

Her theory of the origins of racism is rooted in the effects that varying degrees of melanin can have on racial perception and development. She stated:

“the quality of whiteness is a genetic inadequacy or a relative deficiency or disease based upon the inability to produce the skin pigments of melanin which are responsible for all skin color…[therefore] whites built the elaborate myth of white genetic superiority…[and] set about the huge task of evolving a social, political and economic structure that would support the myth of the inferiority of Blacks and other non-whites”.

She received praise from the Black community for her work. However, and particularly within the white community, her stance on homosexuality has been criticized. In the 1980’s, Welsing wrote that homosexuality was a “white-imposed” attempt to discourage reproduction in Black families.

For Dr. Welsing, the world’s most pressing problem is the disturbing issue of white supremacy, or racism.

Dr. Welsing argued that whiteness is a colour deficiency, and because White people make up only one-tenth of the earth’s population, they tend to view people of colour as a threat to their survival and therefore treat them with hostility. White defensive reaction has been to impose white supremacy, or racism, on people of colour throughout history. Welsing focused on a view of racism as a “universally operating ‘system’ of white supremacy rule and domination” (Neeley Fuller) in which the “majority of the world’s white people participate.”

Dr. Welsing cited journals, diaries, and books written by whites as examples of their “initial hostility and aggression” towards people of colour and particularly towards black people “who have the greatest color potential and therefore are the most envied and the most feared in Genetic color competition.”

Dr. Welsing asserted in The Cress Theory that many whites are unable to peacefully live among or attend school with people of color because it explodes “the myth of white superiority” and forces them to face their “psychological discomfort” and “color inadequacy.”

According to Dr. Welsing, to compensate for this inadequacy whites strive to maintain a superior social position and manipulate non-whites and themselves into thinking that they are a worldwide numerical majority instead of the minority. People of colour need to “liberate” themselves psychologically from various forms of white domination. Whites need to understand the motivation behind their behaviour and explore with an open mind the emotional and psychological foundations of racism.

In The Isis Papers, Dr. Welsing used America’s preoccupation with sports to illustrate what she perceived to be white supremacist behaviour in action:

“The whole of white culture,” she wrote in The Isis Papers, is designed to say that whites have certain qualities. Everything possible is done to demonstrate this. “When blacks succeed athletically, whites are forced “up against the psychological wall” because white youngsters are “brought up to believe a white has to be superior.”

The book provoked controversy and stimulated widespread debate. In addition, she challenged former definitions of racism put forth by social and behavioural scientists. She was praised in the Los Angeles Times for being “the first scientist to psychoanalyze white racism” in the history of Western psychiatry, rather than focusing on the victims of racism. She is responsible for generating public discussion throughout the United States about the possible effects of melanin on behaviour and culture.

“We must create mature, mentally developed parents. Then we will be able to produce children with self-respect and a high-level functioning pattern.” She stated that Black children have received too little “lap time” or cuddling from their parents. Children become parents without learning how to “satisfy emotional needs”.

A resulting condition of “dependency deprivation” has perpetuated itself in black families since the days of slavery.

She made it clear that the key to eradicating racism lies in self-respect, discipline, and education.

“Whether white people are consciously or subconsciously aware of it, they are behaving in a manner to ensure white genetic survival. We must know this truth. And the truth is the first step toward real strength.”

We use cookies to ensure that we give you the best experience on our website. If you continue to use this site we will assume that you are happy with it.OkNo